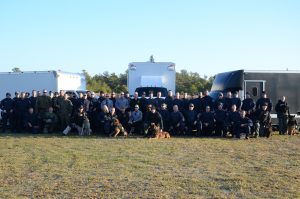 The Manchester Township Police Department organized and trained a tactical unit beginning in August of 1986. The original Manchester Township Emergency Response Team (MERT) was an eight man team founded by Lt. Fred Lewis. The eight man team attended Basic SWAT School at Picatinny Arsenal in Dover New Jersey in October of 1986. The MERT Team conducted its first official SWAT operation in January of 1987. Over the next eighteen plus years the MERT Team went through various phases of regionalization and shared services along with other municipal SWAT Teams in Ocean County.

Over the years the MERT Team membership grew to over eighteen SWAT Operators, Snipers and Negotiators. Since its inception, SWAT team members have responded to a variety of tactical situations to include high risk narcotics warrants, high risk arrest warrants, barricaded subjects, missing persons and various other missions. On September 11, 2001 members of the MERT Team responded to the World Trade Center to assist with the stabilization and recovery from the terrorist attacks.

In 2006, through the cooperation of Ocean County Prosecutor Thomas Kelaher and the Ocean County Chiefs of Police, the Manchester Township Emergency Response Team regionalized with other recognized SWAT Teams in the County to become part of the current Ocean County Regional SWAT Team.

The Ocean County Regional SWAT Team currently has more than 70 active members that include SWAT Officers, Police Snipers, Police Negotiators and other support elements. The Team now operates in all 628 square miles of Ocean County and can provide support to other Tactical Teams outside of Ocean County if needed. Based on the 2010 census the Ocean County Regional SWAT Team serves an estimated population of 576,567 thousand people on a daily basis. Since its inception, team members have worked and/or trained with various Federal, State, County and Municipal agencies.