On Friday, July 23, 2021, officers from the Manchester Township Police Department, along with friends, family and Township personnel, gathered to honor and celebrate Sgt. Sal Ventre and his law enforcement career spanning 25 years.
During the ceremony held at his final muster, Mayor Robert Hudak presented Sgt. Ventre with a Proclamation in honor of his retirement. Chief Robert Dolan offered words of high praise for Sgt. Ventre’s distinguished career and presented him with a retirement badge. PBA President Anthony Iliadis and Cpl. Brian Collins then presented Sgt. Ventre with a retirement shadowbox highlighting the various units he served in, as well as the many awards he received throughout his extensive and decorated career. 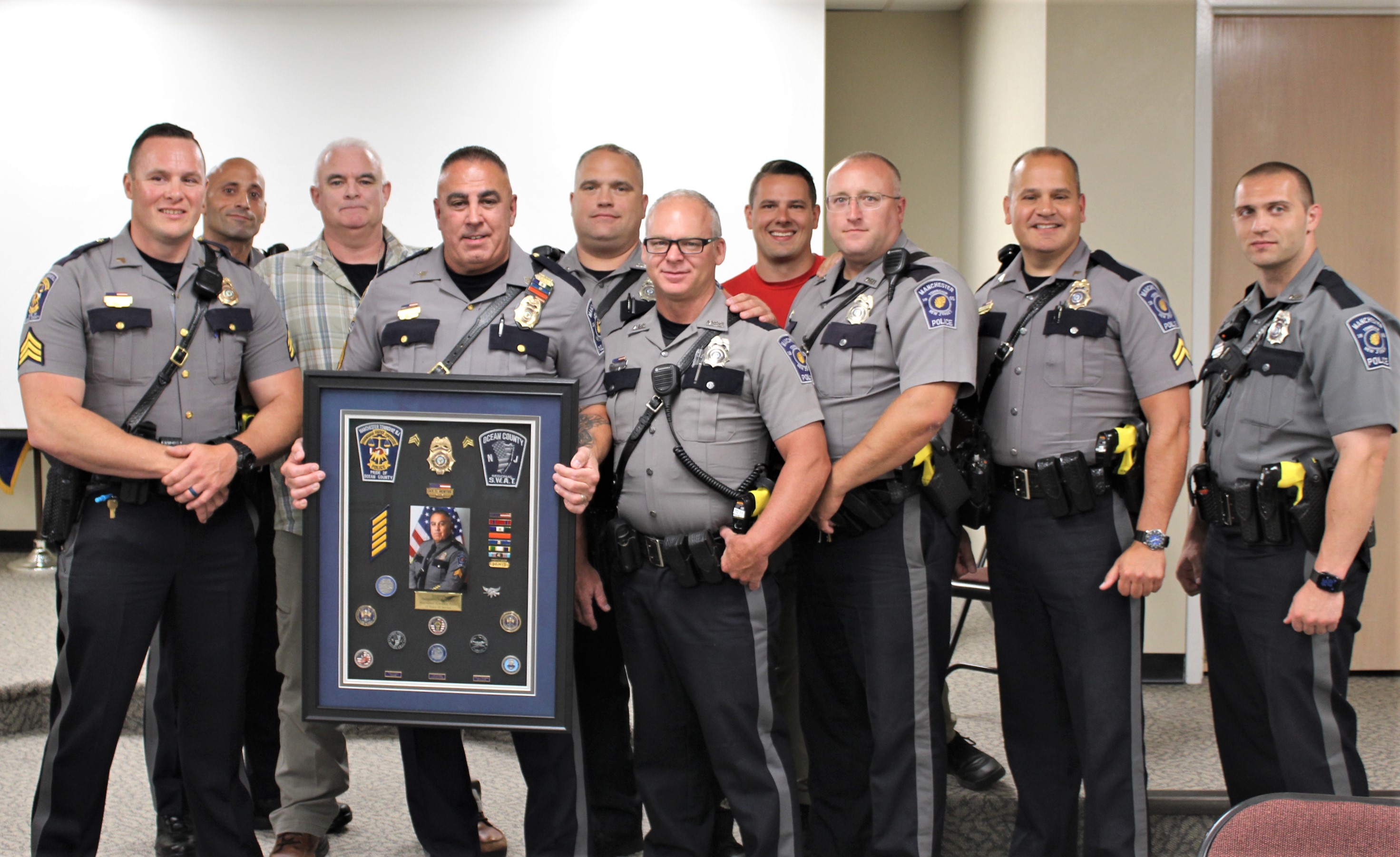 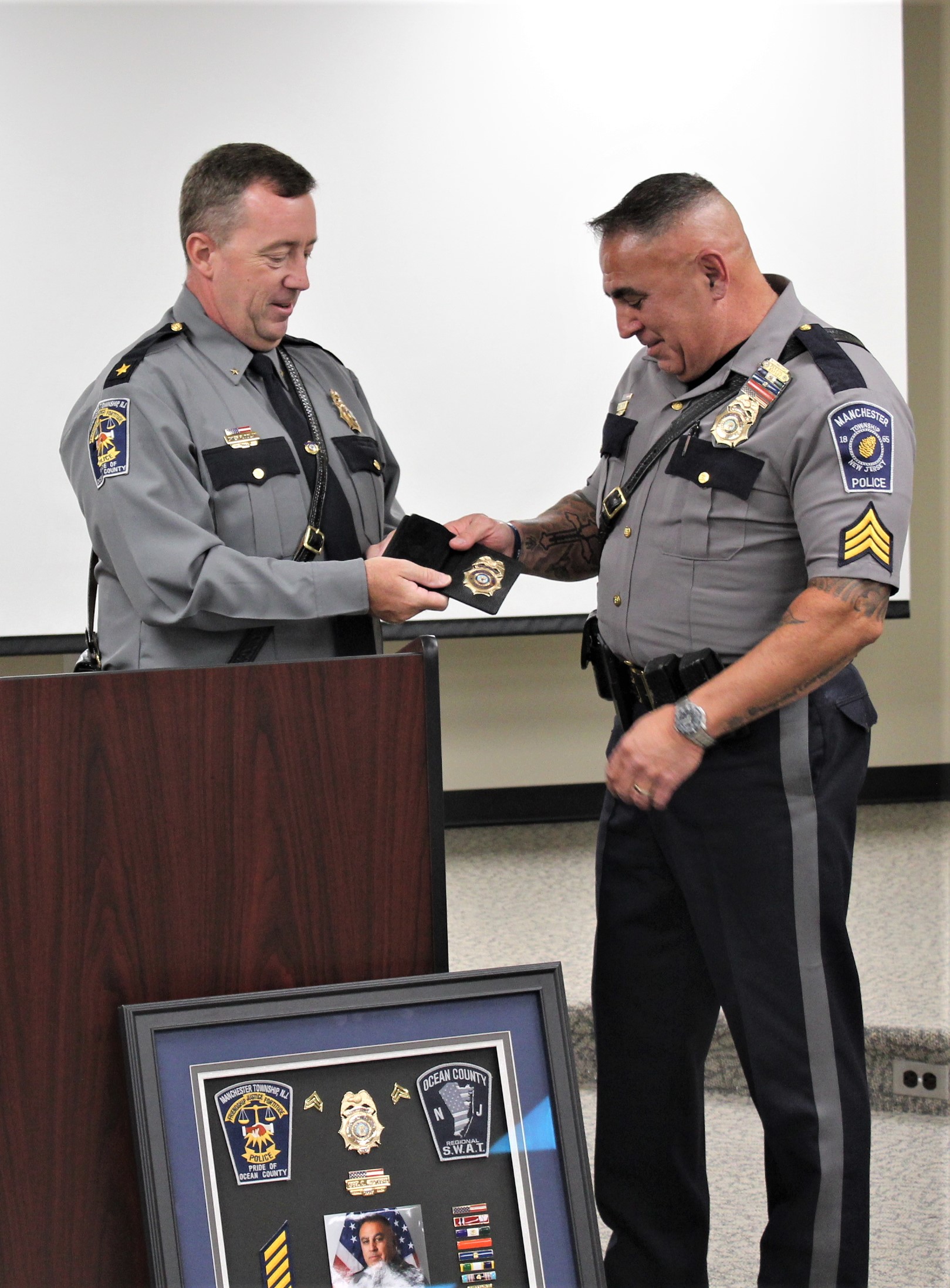 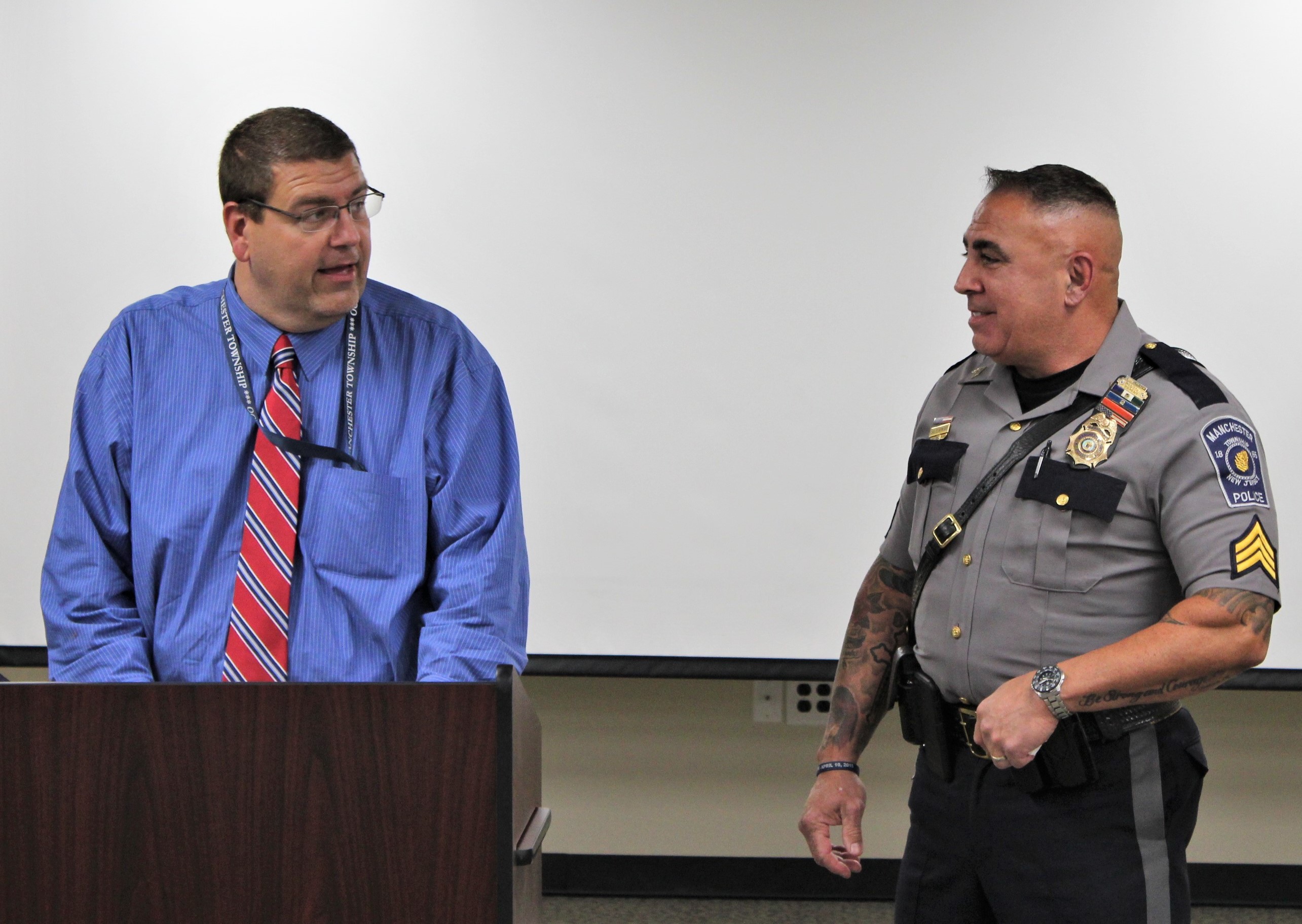 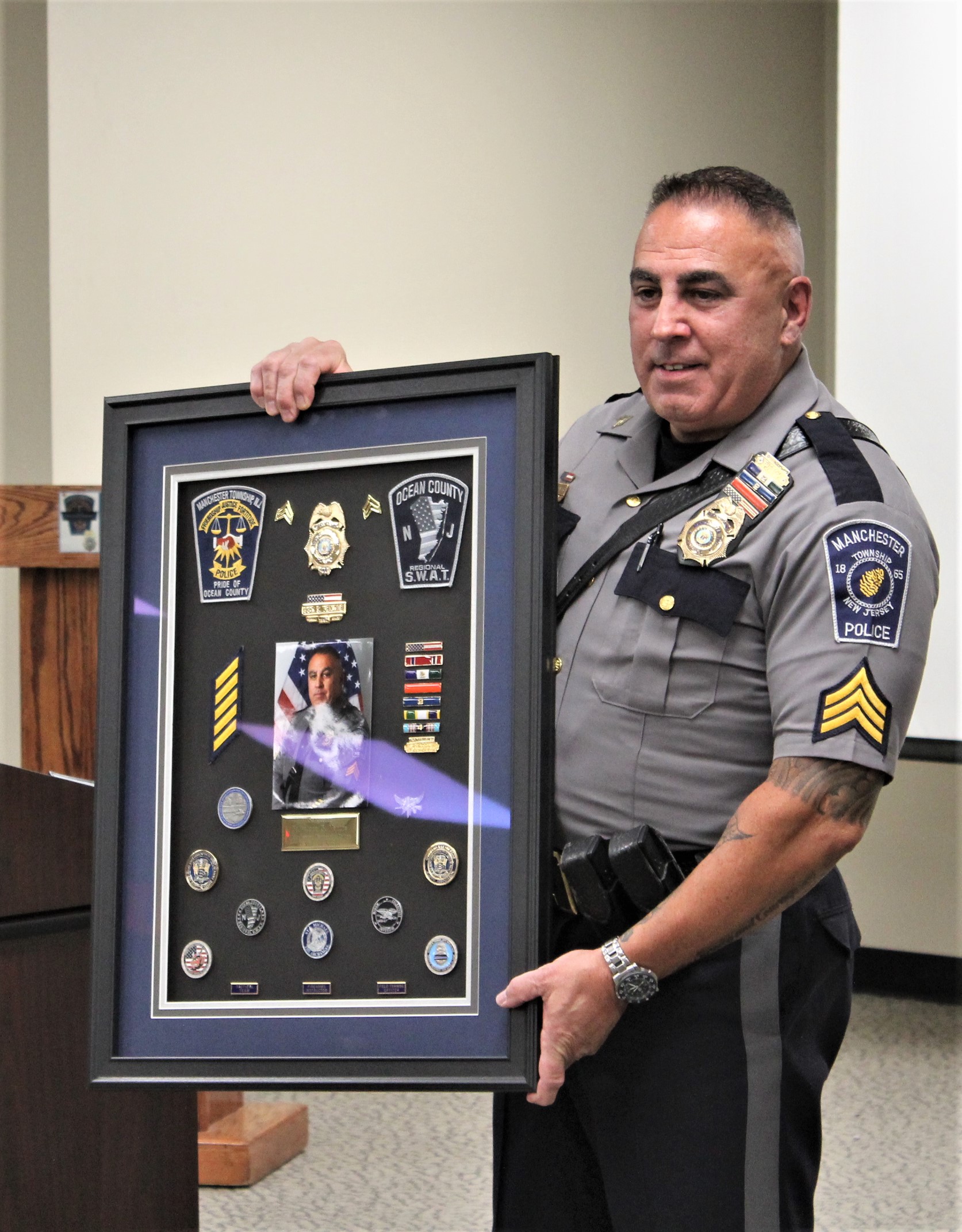 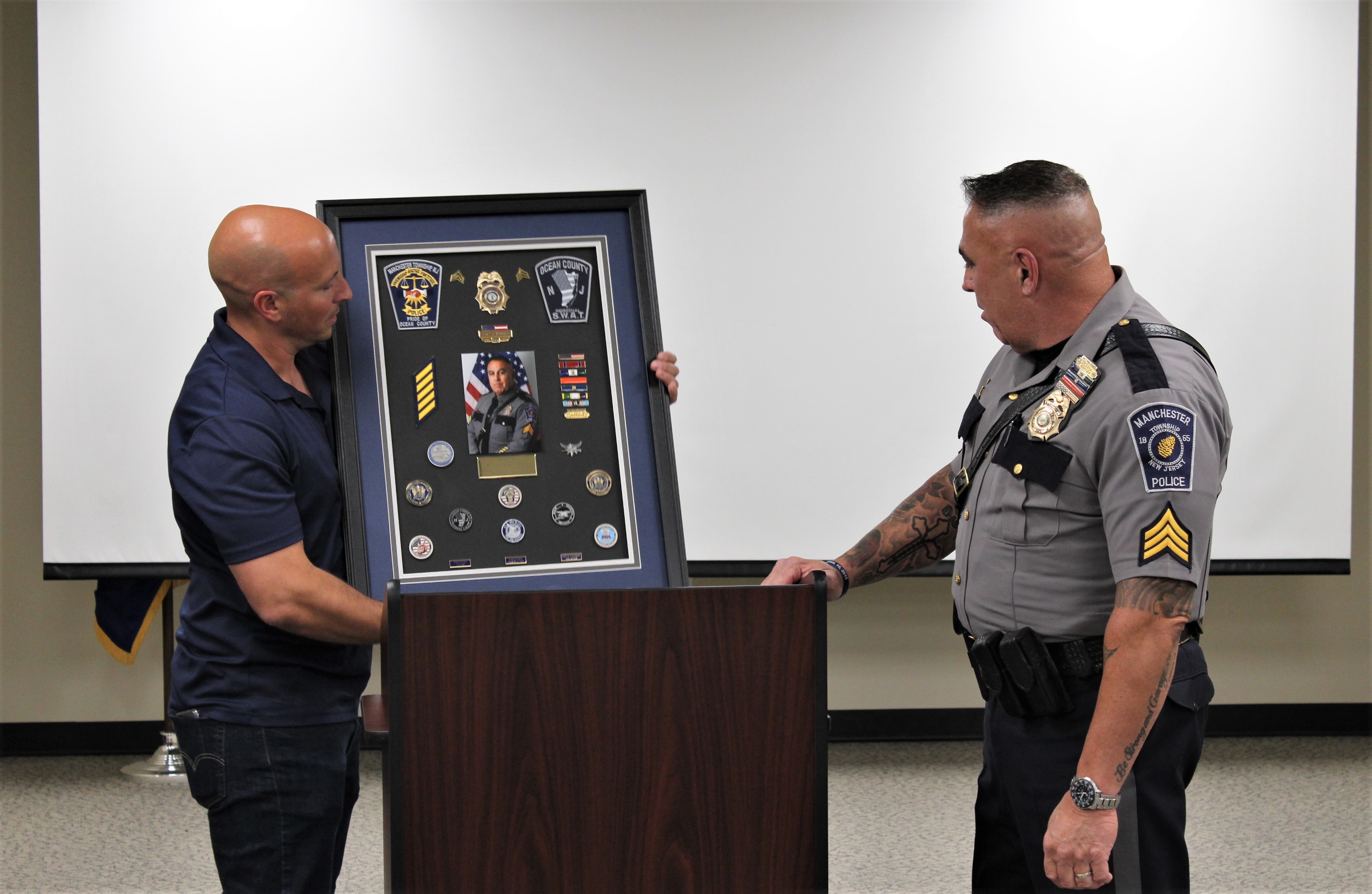 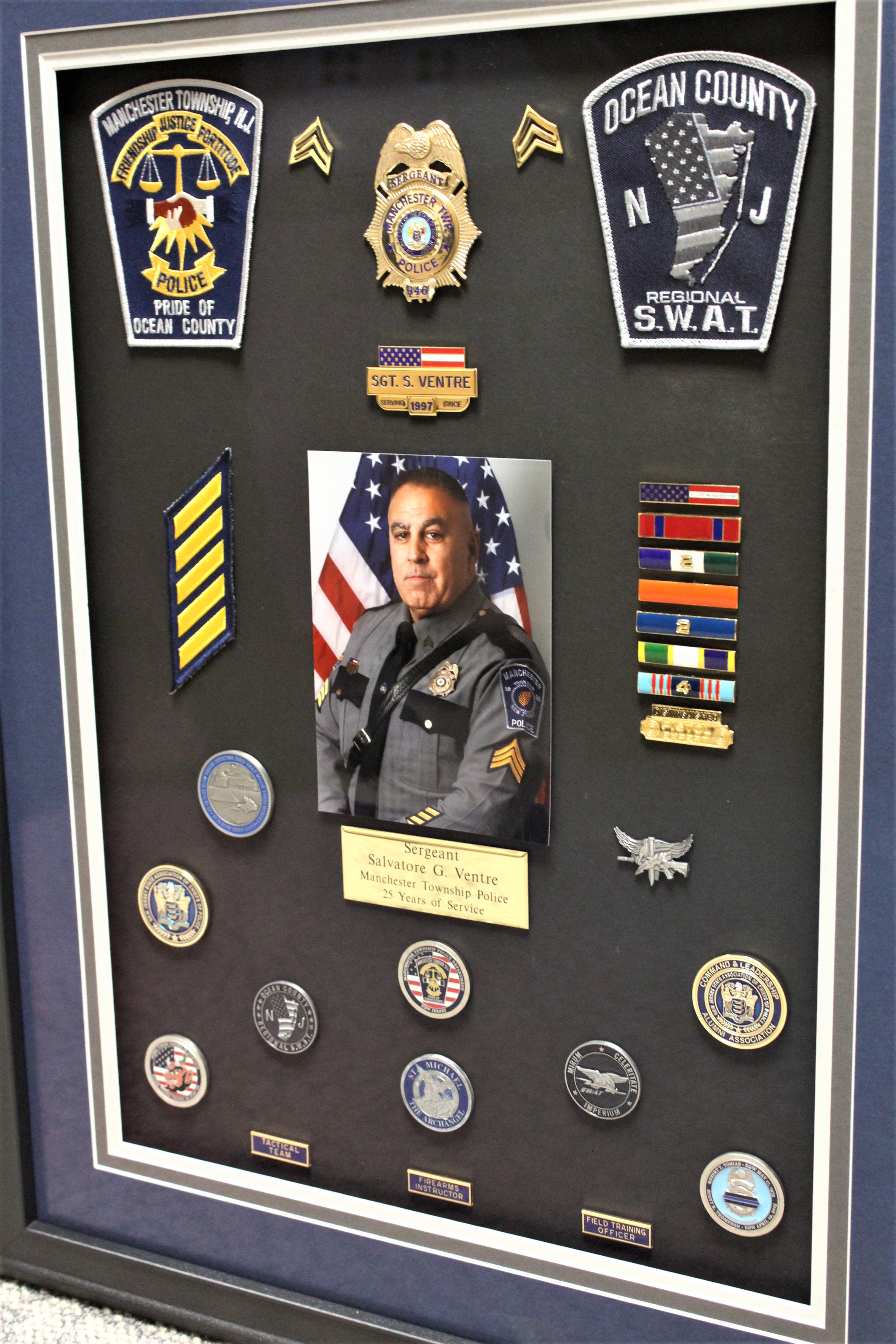 [Show thumbnails]
A 1996 graduate of the Ocean County Police Academy, Sgt. Ventre began his law enforcement career in Manchester Township in July of 1997 and achieved the rank of Sergeant in 2012. Among his many recognitions are the Honorable Service Award, two Meritorious Service Awards, and the 911 Recognition Award for his service in New York City following the World Trade Center attacks. He also served as a Field Training Officer, DARE instructor, and completed the prestigious New Jersey State Association of Chiefs of Police Command and Leadership Academy.
“Look out for each other. Protect each other. This is a family, and one day you’ll get to where I am,” Sgt. Ventre said.
We would like to wish Sgt. Ventre all the best in his retirement! It is well deserved!
By MPD|2021-07-26T19:54:50-04:00July 26th, 2021|Manchester Police News|Comments Off on Following Decorated 25-Year Career, Sgt. Ventre Retires