On February 21, 2022 at 11:07 p.m., Manchester Police officers were dispatched to the intersection of Commonwealth Boulevard and Champlain Street for a report of wires down in the roadway.  Upon arrival, officers observed that a utility pole near the intersection had been struck, and was severed at its base.  There were no vehicles on scene at the time of police arrival, but officers were able to follow a fluid trail on Commonwealth Boulevard, which eventually dissipated near Beacon Street. 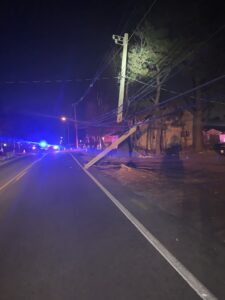 For the safety of the public, Commonwealth Boulevard was shut down between Champlain Street and Northampton Boulevard.  An accident investigation revealed that multiple parts from a vehicle were left at the scene.  A search of one of the serial numbers printed on what appeared to be part of a front bumper revealed that it belonged to a 2016-2019 Chevrolet Silverado 1500 pickup-truck.  The vehicle is believed to have sustained heavy front-end damage. 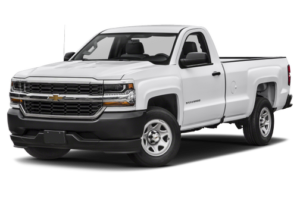