On Wednesday, July 6, 2022, at approximately 1814 hours, members of the Manchester Township Police Department responded to the area of Trenton Ave. in the Roosevelt City section of Whiting for a report of two females with severe burns.  It was learned that the ATV they were riding in the woods, flipped over and caught fire.

Upon arrival, officers observed Nicole Rasmussen, age 20, of Manchester and Victoria Labrecque, age 20, of Toms River with severe burns to their heads, backs, arms and faces.  They advised that while riding their Polaris ATV through the trails off of Roosevelt Blvd. and Trenton Ave., the vehicle flipped over and caught on fire.  The females were able to walk out to a nearby residence, where they awaited first aid.  It was also learned that the vehicle fire was still active.  Members of the Whiting Volunteer Fire Department and NJ State Forest Fire Service arrived on scene and extinguished the fire at the ATV and surrounding wooded area.  Both occupants were treated at the scene by Manchester Township EMS and were flown out to St. Barnabas Medical Center Livingston Burn Center by Medivac for treatment of their injuries. 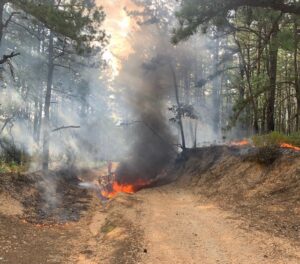 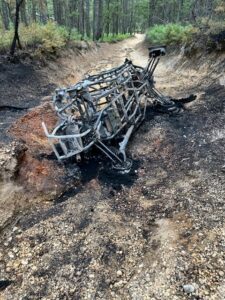