The Manchester Township Police Department says goodbye and good luck to Detective Peter Manco, who retired on Oct. 31, 2019, due to an injury sustained in August of 2018 when he and three other officers were struck by an impaired driver while conducting a motor vehicle stop.

Since then, Det. Manco valiantly attempted to return to full duty through physical therapy, but his injury proved to be too severe. Serving since 2005, Det. Manco has been a dedicated and extremely hard-working officer. Among his recognitions are the Kimberley Smith Ames Award for DWI enforcement in 2009, 2011, and 2012; the New Jersey DWI Top Gun Award in 2010 and 2011; and the Exceptional Duty Award and Chief’s Recognition Award from the Manchester Township Police Department.

During his retirement ceremony, Det. Manco was presented with a Mayoral Proclamation in honor of his service by Business Administrator Donna Markulic, a commemorative shadow box from Manchester PBA 246, and an inscribed plaque from the police department Command Staff.

Chief Lisa Parker said: “As a founding member of the Narcotics Enforcement Team, Det. Manco’s dedication, expertise and work ethic will be missed.” The entire Police Department thanks Det. Manco for his years of brotherhood and service to Manchester Township. We all wish him the very best in his future endeavors! 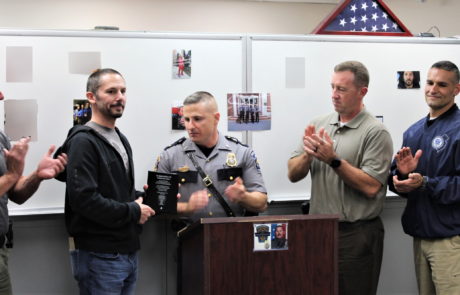 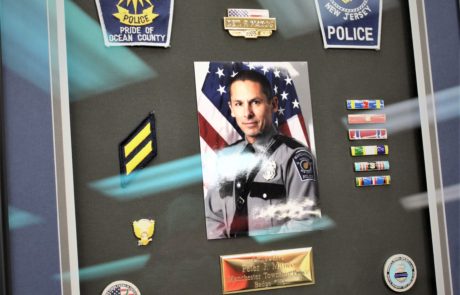 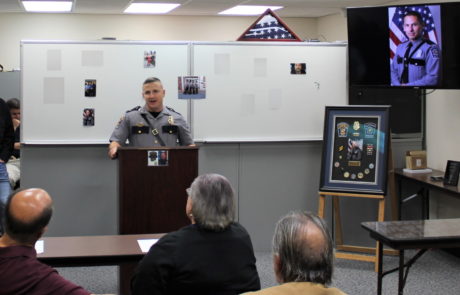 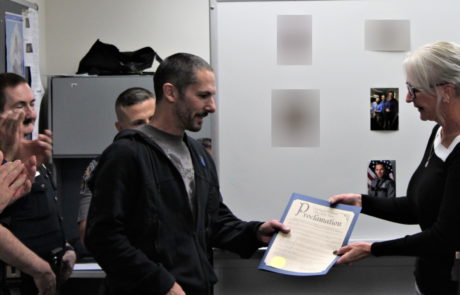 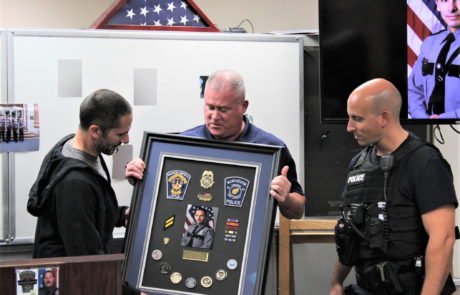 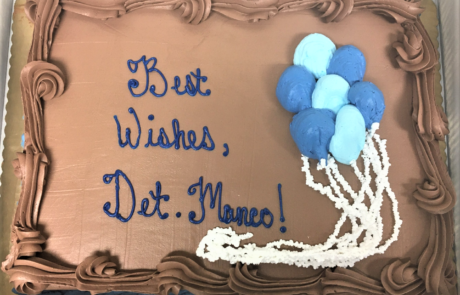