Chief Lisa Parker and members of her staff were generously presented with a $10,000 donation on Wednesday by Lester Glenn president Adam Kraushaar, salesman Steve Regan and other executive staff of the Lester Glenn Auto Group. The donation was for the department’s K-9 unit.

Mr. Regan, a salesman at Lester Glenn Chrysler, Jeep Dodge Ram, and Fiat in Toms River, has a passion for dogs and wanted to find a way to support a local police K-9 Unit. So Regan, who previously worked to reunite retired U.S. Armed Forces K-9s with their handlers, came up with the idea of donating a portion of his pay from each vehicle he sold in 2019 to support our unit. The Lester Glenn’s executive management team, including its president, Adam Kraushaar, supported Regan’s efforts by generously matching his fundraising total.

Chief Lisa Parker and members of the department’s command staff were honored to accept the donation during a presentation on January 15, 2020, at the Toms River Lester Glenn Chrysler, Jeep Dodge Ram, and Fiat store. “The continued support our K-9 Unit receives from our community is amazing, and we appreciate the many businesses, civic groups, and individuals that contribute to its success,” said Chief Parker.

Prior to the presentation of the donation check, Ptl. Marc Micciulla and Ptl. Steven Wendruff, along with their K-9 partners Storm and Lynk, gave a demonstration of our K-9’s many skills to those in attendance. As dual-purpose K-9s, Storm and Lynk are trained to track and locate missing persons, suspects, as well as evidence. They are also trained in narcotics detection.

In addition to the donation made by the Lester Glenn Auto Group, the K-9 unit received a monetary donation from the NJ Department of Corrections PBA #105, which was represented by Officer Chuck Snider. 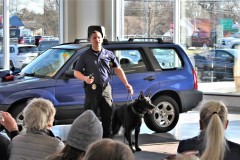 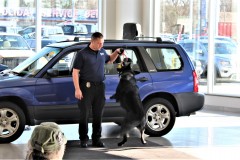 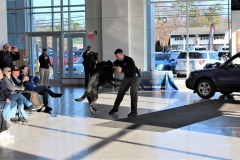 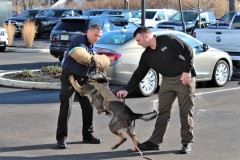 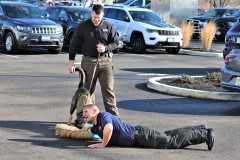 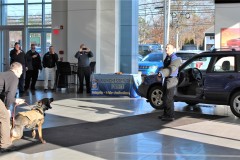 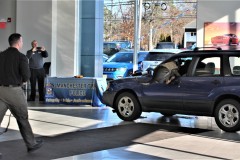 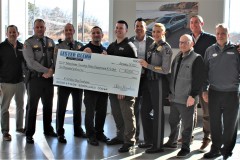 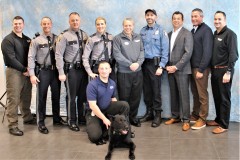