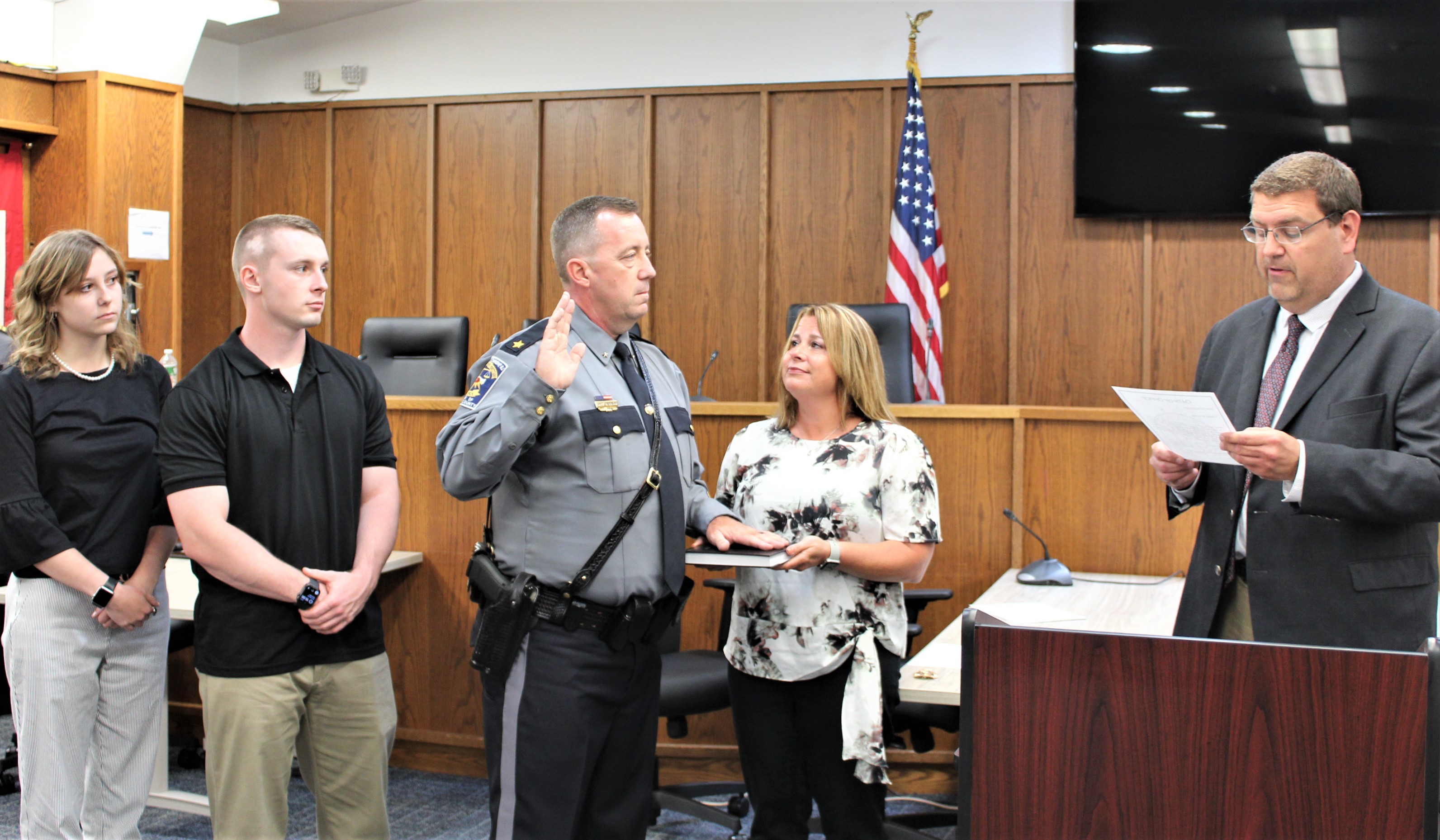 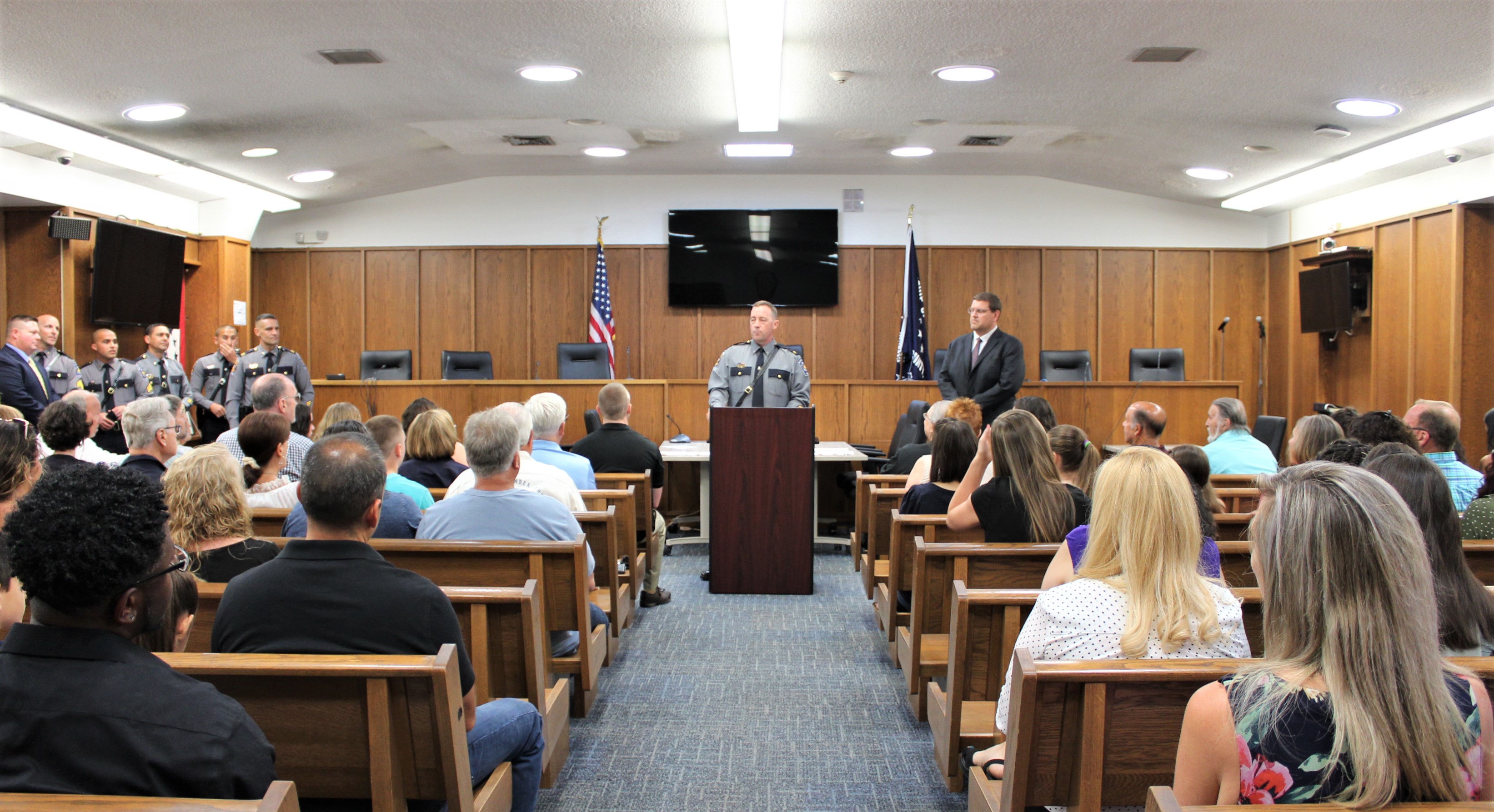 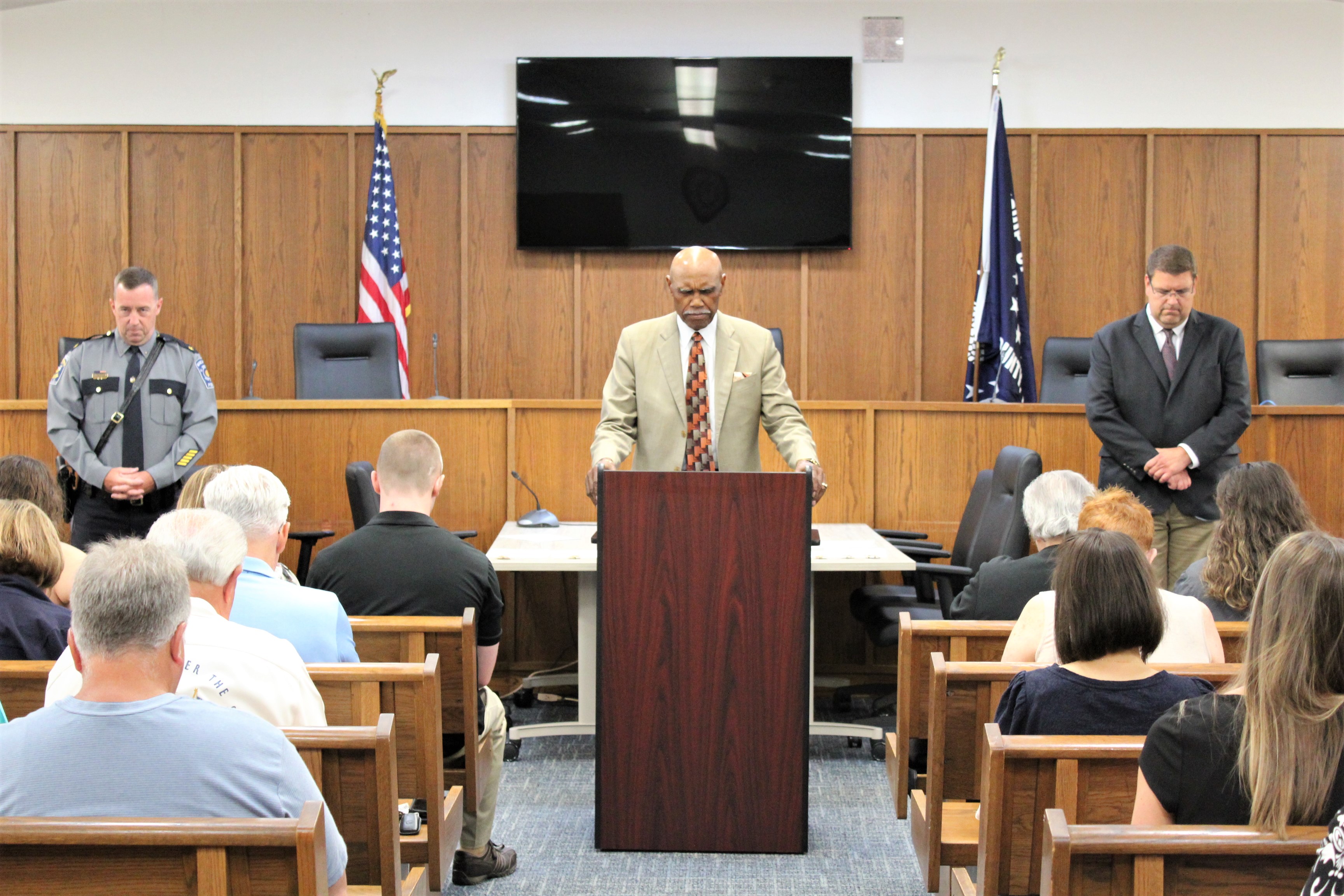 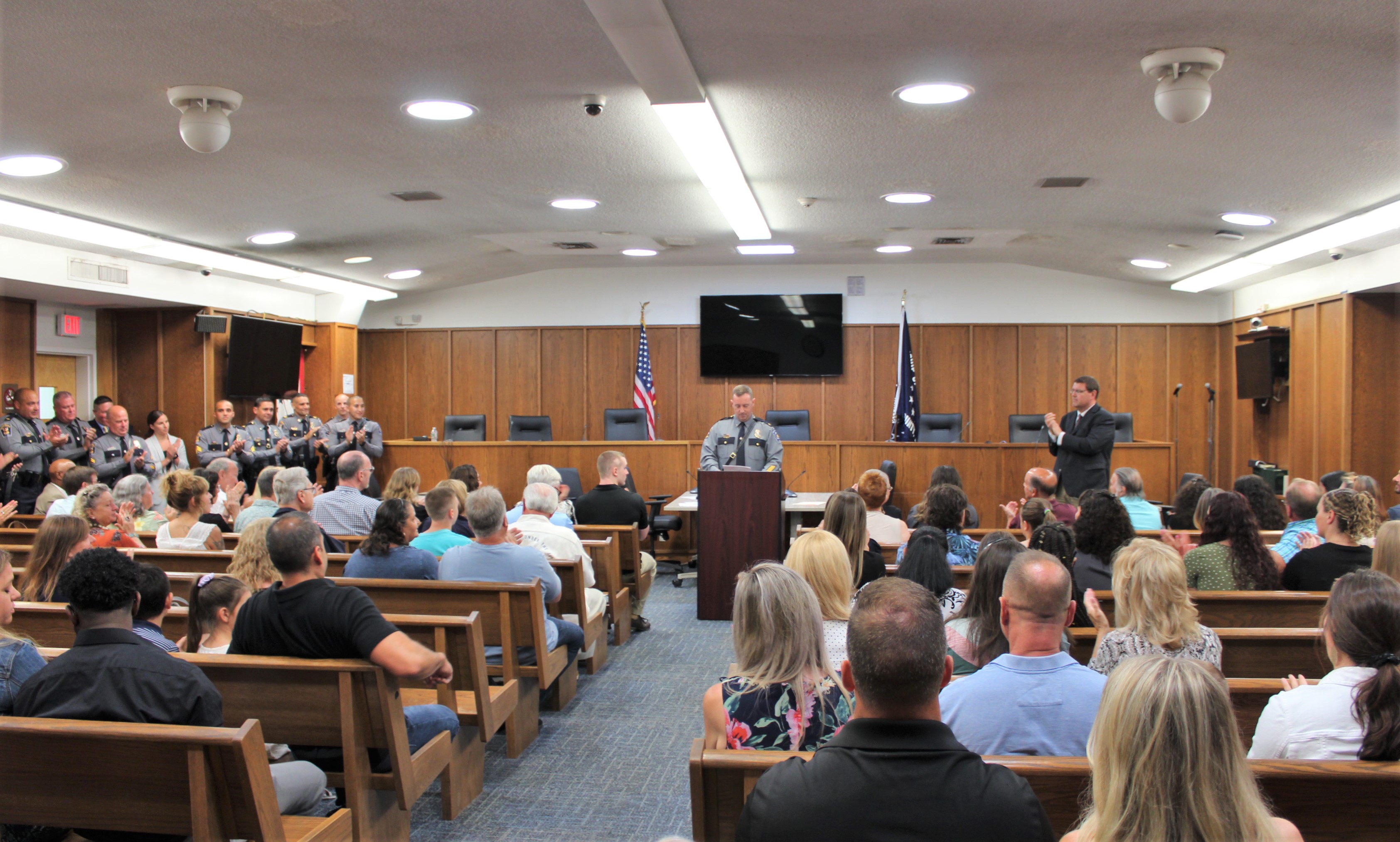 [Show thumbnails]
Chief Dolan began his career with the Manchester Township Police Department in 1993 as a dispatcher and was hired as a full time Officer in 1994. He has served in numerous positions throughout the Police Department including Detective, Patrol Sergeant, Lieutenant supervising the Administrative Services Bureau, and Captain overseeing the Division of Emergency Services.

The following officers took oaths of office during the ceremony:

Lt. Vincent Manco, who began his career with the Manchester Police Department in May of 1999 as a Patrolman, was promoted to Captain. He has served in numerous positions throughout the Police Department including Detective, Field Training Officer, Firearms Instructor, Ocean County Regional SWAT Team member, Patrol Sergeant, Patrol Lieutenant, and Investigations Bureau Lieutenant.  In his previous assignment as Lieutenant, Capt. Manco was assigned to the Administrative Services Bureau. He is the first member in the history of the Manchester Police Department to attend and graduate from the prestigious 10-week FBI National Academy in Quantico, VA.  He has received over 20 awards, including the Medal of Honor, the department’s highest award.

Promoted to Lieutenant was Sgt. Antonio Ellis, an expert in the field of Traffic Safety who has served with the Manchester Township Police Department since 2000. He played an instrumental role in the upkeep and modernization of the department’s vehicle fleet. Lt. Ellis has completed several prestigious trainings, having earned the FBI-LEEDA Trilogy Award, which includes the Supervisory Leadership Institute, Command Leadership Institute and Executive Leadership Institute.

A Manchester Township resident since 1993, Detective Christian Nazario was promoted to Sergeant. Since joining the department in 2007 he has served in many roles, including Police Explorer Advisor, Auxiliary Advisory, and Field Training Officer. As a Narcotics Enforcement Team Detective, he was Team Leader for multiple operations including a wiretap that was the largest drug investigation in Ocean County.

Detective Danny Barker, who has been with the Manchester Township Police Department since 2008, was promoted to Sergeant. He has been a member of the Investigations Bureau as a Detective since 2013. Sgt. Barker served as Lead Evidence Custodian, Megan’s Law Liaison, and Firearms Instructor. He also has served as Platoon Leader of the North Platoon for the Ocean County Regional SWAT Team since 2018.

Receiving lateral assignments to the Investigations Bureau were Ptl. Richard Conklin and Ptl. Victoria Raub. A recipient of a Community Policing Certification, Detective Conklin previously served in the department’s Community Affairs Unit. He has also served as a Field Training Officer, GREAT Instructor, and DARE Instructor. Detective Raub most recently served as School Resource Officer and Juvenile Liaison Officer, an important role where she built positive relationships with juveniles. She also taught the department’s #NotEvenOnce program and served as a Youth Academy Instructor.

To close the ceremony, two Corporals designations were presented in recognition of many years of exemplary service as Manchester Township Police officers. The designation, proposed by the first Manchester Police recipient of the honor, the late Cpl. Scott Thompson, was introduced in 2016 and recognizes veteran officers with 20 or more years of service who consistently exhibit outstanding commitment to their department and profession. Receiving the designations were Cpl. Christopher Walaszek, who has served in patrol since 1999 and acts as the department’s Law Enforcement Support Office liaison, and Cpl. Brian Collins, who has served in patrol since 2000, streamlined the prosecutorial process as the Manchester Municipal Court liaison.