On July 22nd, 2022, at 4:13 pm, Manchester Police dispatch received a call of a possible active structure fire at 1001 Twelfth Avenue in the Pine Lake Park section of the Township. When officers arrived, they observed smoke and flames emanating from the attic area of the residence. The home was quickly determined to be unoccupied, and neighboring residences were evacuated as fire apparatus arrived to control the blaze. Firefighters from Manchester Township, as well as multiple mutual aid partner jurisdictions responded and were able to rapidly extinguish the fire. No injuries were reported at the time of the incident. The cause and origin of the fire remains under investigation by Manchester Police Detectives and the Ocean County Fire Marshal’s Office. 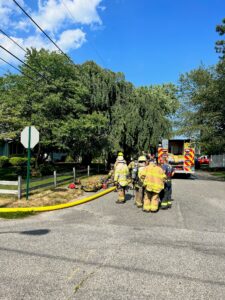 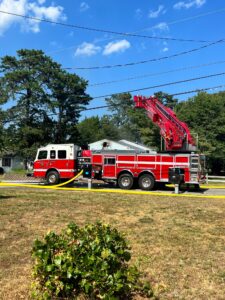 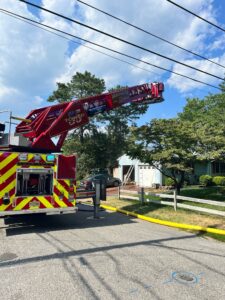