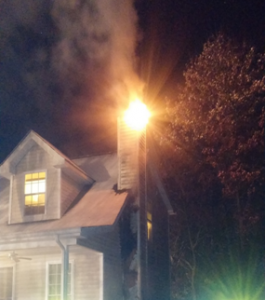 On January 6, 2015, at 11:15 p.m., Manchester Township Police responded to a two story structure at 3239 Wilbur Avenue for a possible fire. When Officer Vincent DeRome and Officer Keith Craig arrived on scene, they reported smoke coming from the structure. A short time later they observed flames coming from the wood frame chimney. At this time they confirmed that the residence was unoccupied, and attempted to extinguish the fire utilizing fire extinguishers.

Fire Companies from Ridgeway, Manchester, and Whiting responded and extinguished the blaze. The residence sustained damage to the chimney, master bedroom and roof area. The Manchester Township Building Inspector deemed the dwelling to be habitable and the occupants were able to re-enter the residence. 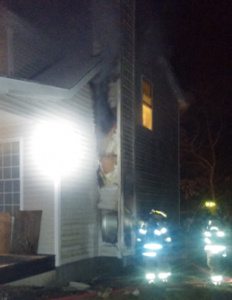