On Friday, January 15, at approximately 9:04 a.m., officers from the Manchester Township Police Department responded to 609 Willow Court in the Whiting section of the township for the report of a structure fire. When officers arrived on scene, they observed flames coming from the roof of the duplex-style residence. Officers immediately confirmed that there were no residents inside either unit, after which they began evacuating surrounding homes.

Firefighters from the Manchester, Ridgeway, and Whiting Volunteer fire departments along with fire crews from the Lakehurst, Joint Base, Forked River and Bayville fire departments responded to the scene and extinguished the fire.

EMTs from Manchester Township Emergency Medical Services also responded to assist at the scene. Although no residents were injured during the fire, one firefighter sustained an ankle injury battling the blaze and was transported to Community Medical Center.

Once the scene was secure and deemed safe, the Manchester Township Building Inspector determined that units A & B, which were severely damaged by the fire, were uninhabitable. As such, the residents were relocated with family.

At this point, the cause of fire has been undetermined but investigators cannot rule out electrical malfunctions in a bedroom. The fire is being investigated by members of the department’s Investigations Bureau along with representatives from the Ocean County Fire Marshall’s Office. 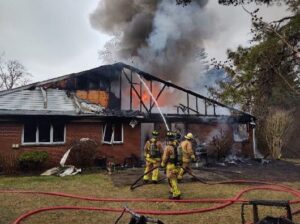 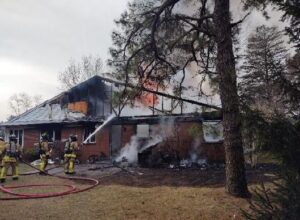 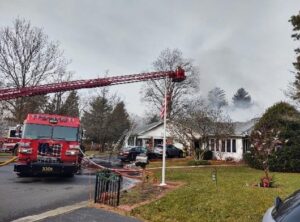