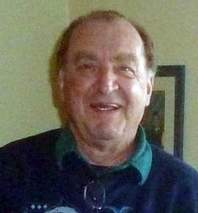 The Manchester Township Police in conjunction with the Ocean County Prosecutor’s Office and Ocean County Sheriff’s Office are investigating the murder of a 76-year-old man who was found dead in his home in the Pine Acres Manor Mobile Home Park just off Route 37 West. On Monday, Anthony Verdicchio was discovered by an acquaintance after he failed to show up to meet some friends for coffee Monday morning. He was last seen at St. Paul’s Lutheran Church in Beachwood, on Sunday, May 12th. Verdicchio’s death is being classified as a homicide. Acquaintances of Verdicchio have reported that he frequents the Wawa on Route 37 and Northampton Boulevard, the News Stand and Charlie’s Pizza located in Commonwealth Plaza on Route 37 in Manchester, and the Lakehurst Diner located on the corner of Route 70 and Route 547 in Lakehurst Boro. He is also known to visit local Flea Markets such as Columbus, Lakewood and those in Crestwood Village where he buys and sells collectibles, coins and sports memorabilia.

Both the Manchester Township Police and the Ocean County Prosecutor’s Office are urging anyone who may have seen anything to contact them at 732-657-6111.