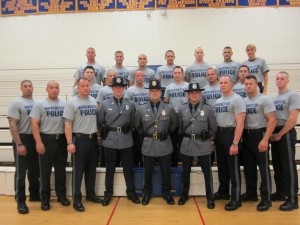 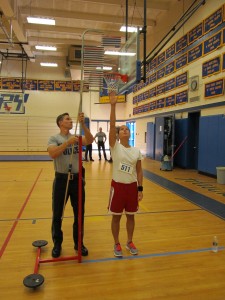 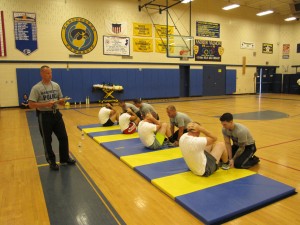 Manchester Township began their multi-phase testing process today for police applicants.  The first phase, the physical examination, began with a speech from Chief Brian Klimakowski and was followed by a demonstration of each exercise by Lt. Vincent Manco, the test coordinator. Due to high number of applicants (320) the physical examination had to be scheduled for two consecutive days and will conclude tomorrow. Eighteen Manchester Township Police Officers assisted with administrating the examination today which included five stations: the vertical jump, sit ups, 300 meter sprint, pushups, and 1.5 mile run.  If the applicant failed to meet the minimum standard at any exercise station they were immediately eliminated from the testing process.  For those applicants that passed the physical, the next phase of the testing process will be a written examination which is followed by an oral examination and extensive background investigation.