The Manchester Township Police is pleased to announce that nearly $1,300 was raised for a local high school scholarship during its annual benefit basketball game which took place on Friday, March 13th. This was the 6th Annual Benefit Basketball Game which pitted officers from the Township’s police department against staff members from the Township’s school district. 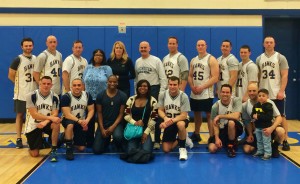 The funds will benefit the Rodney Copeland Athletic Scholarship Fund, founded in memory of the 1983 Manchester Township High School graduate and coach who died in 2009 at the age of 44. Mr. Copeland, a lifelong Manchester resident, worked for the Monmouth County Sheriff’s Department in addition to coaching three sports at MTHS. 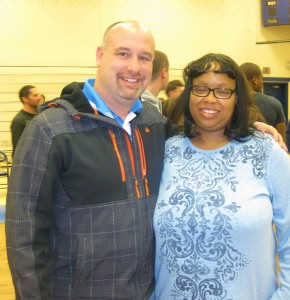 Chief Lisa Parker, who served as coach of the Police team along with Ptl. Doug Higgins, thanked everyone who participated in and attended the event. Among those in attendance were Mayor Kenneth Palmer as well as numerous members of both the school district, and the police department. Countless family members, friends, supporters and members of the community came out to support this great cause and cheer on both teams. The Manchester Township Police is dedicated to working with the school district to raise funds for Manchester’s students and is grateful to all who came out in support.

“We’re proud to join the school district year after year to compete in support of a great cause. Their high level of commitment to making Manchester a better place is impressive and inspirational,” Chief Parker said. 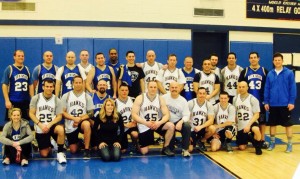