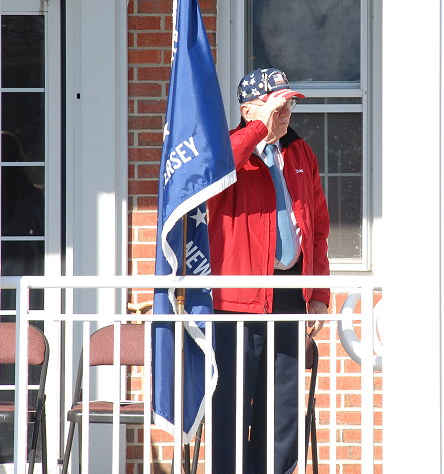 November 11th brought another celebration of our community’s veterans. Don Czekansi, Chairman & Mayor’s Liaison of the Veteran’s Advisory Committee, welcomed everyone and led in the Pledge of Allegiance to start the ceremony held at Manchester Township town hall. Police Chaplain, Jim Davis, provided the invocation. Cassidy Gobel, 18, a Manchester resident and Ocean County College student, sang a beautiful rendition of the Star Spangled Banner and later America the Beautiful. Don Czekanis provided a moving speech encouraging all to remember not only the veterans who have served in combat and made the ultimate sacrifice, but all veterans who have served throughout our great nation’s history. Mayor Michael Fressola echoed those sentiments and also thanked those veterans present and those who continue to serve every day. The Manchester Police Honor Guard presented the colors. 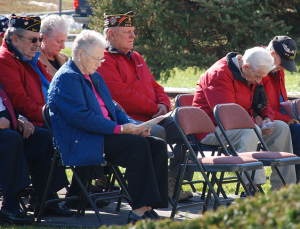