The Manchester Township Police Department has received several confirmed sightings of Timber rattlesnakes in the Roosevelt City section of Whiting over the past few days. Timber rattlesnakes are poisonous reptiles that are considered endangered in the state of NJ. Residents are cautioned not to disturb or approach them. 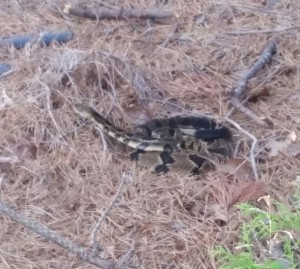 Robert T. Zappalorti, the executive director/president of Herpetological Associates, Inc., assisted Manchester Police and advised that it is currently mating season, when the male snakes seek out females. While these snakes are present throughout the state, they are prevalent in Fox Hollow, Roosevelt City, and Timber Green. 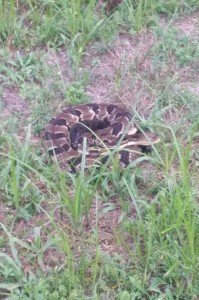 According to the State Department of Environmental Protection, the following should be done if you encounter a rattlesnake:

For additional information, including steps to take if bitten by a rattlesnake (after immediately dialing 911), please see: http://www.state.nj.us/dep/fgw/ensp/pdf/rattler_brochure.pdf 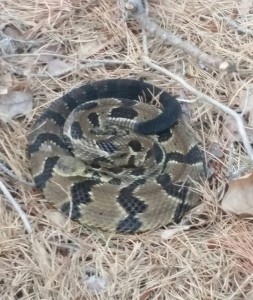