At 4:50 pm on September 18, 2012, a 2004 Jaguar, being operated by June A. Schlegeimilch, (age 60) of Toms River, NJ was traveling west on NJ Route 70, when it impacted a 2011 KIA, which was being operated by Theresa P. McKeon, a 68 year old female from Whiting, who was traveling east on NJ Route 70. The impact was a head-on collision and occurred in the east bound lane of travel on NJ Route 70, just east of County Route 539. Ms. McKeon, who had her dog in the vehicle with her at the time was pronounced dead at the scene of the crash by representatives from the Ocean County Medical Examiner’s Office. Ms. Schlegeimilch was transported by ambulance to Jersey Shore University Medical Center, Neptune, for treatment for her injuries, which were serious. The dog was transported to a local veterinarian by Manchester Township Animal Control for treatment. NJ Route 70 had to be detoured for several hours at the Route 70/Route 539 intersection and the Route 70/Hilltop Road intersection while the accident was under investigation.

Anyone with information should please call Manchester Police, Traffic Safety Section at 732-657-2009 x4400. 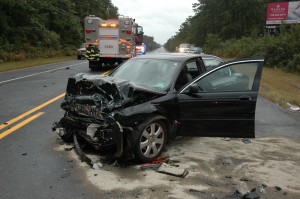 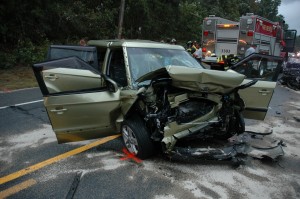