A six-week investigation by members of the Manchester Township Police Department’s Narcotics Enforcement Team (N.E.T.) culminated in the search of a Summit Park home and the arrests of three individuals on drug and weapons charges on Wednesday.

During the early morning hours of July 13, 2016, members of the department’s Narcotics Enforcement Team and Detective Section, along with members of the Ocean County Regional SWAT Team, executed a Court authorized search warrant at a Neal Place residence in the Summit Park section of the Township. The six-week investigation began after the Narcotics Enforcement Team received complaints about possible drug distribution on that block. Police obtained a search warrant for the residence after a subsequent investigation. 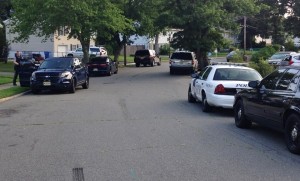 During the search of the home, evidence of LSD and marijuana distribution, along with a quarter pound of marijuana and 165 doses of LSD were recovered. In addition, multiple prohibited weapons and more than $1,000.00 in cash, believed to be proceeds of drug sales, were seized. Furthermore, paraphernalia associated with the distributionof marijuana and LSD was also seized.
Arrested were the following:

Residents are reminded that drug related tips can be reported to the Manchester Police anonymously at 732-657-6111 or online via the Department’s website, www.manchesterpolicenj.com, by clicking the “Tip Line” link.