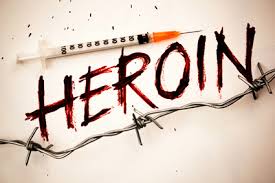 On February 26, at approximately 5:21pm, Ptl. Peter Manco stopped a Dodge Neon for an inspection violation on Route 571 near the intersection of Etty Court. During the motor vehicle stop, Ptl. Manco observed drug paraphernalia in plain view located on the floor of the vehicle. At that time, K-9 Officer Kohout, of the Ocean County Sheriff’s Department, arrived to assist with the investigation.  Officer Kohout’s K-9, Kane, indicated on the presence of a controlled dangerous substance within the vehicle. Subsequent investigation resulted in the recovery of 370 bags of heroin which was concealed inside of the vehicle. The street value of the seized heroin was approximately $3,700.00. Associated drug paraphernalia was also located inside of the car.

Ptl. Manco arrested the driver, 38 year old Jennifer Swain of Brandies Road in South Toms River, NJ. The driver’s vehicle was also seized as it was used in connection with this incident. Also arrested was the passenger, 34 year old Peter Fischler III, of Route 37 in Manchester, NJ.

Fischler was also charged with distribution of heroin and possession of heroin with bail set at $75,000.00, full, by Judge Sahin. He was later transported to the Ocean County Jail.