‘The Badge’ Defeats ‘The Bully’ in Charity Wrestling Event

‘The Badge’ Defeats ‘The Bully’ in Charity Wrestling Event

Known by his wrestling name “The Badge,” Manchester Township Police Officer Chris Cerullo participated in a charity wrestling match this past weekend to raise money for the Heroes and Cool Kids mentoring program. 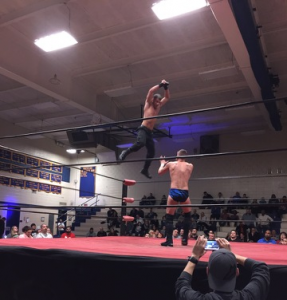 “It was an awesome time, especially because of all the kids and parents who showed up for a good cause and cheered me on ringside,” said Officer Cerullo. After the match, Officer Cerullo invited the children onto the ring to celebrate his victory. Many Manchester Police Officers and Mayor Palmer were also in attendance to support the cause. 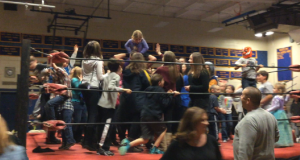