On September 26, 2015, at approximately 6:38 a.m., members of the Manchester Township Police Department responded to the report of a structure fire on Cambridge Circle in the Leisure Village West section of the Township. Upon arrival, officers observed black smoke coming from the eves of the residence.

The initial responding officers made entry into the residence but were quickly turned away by intense heat and thick smoke. Fire personnel, who arrived shortly thereafter, were able to enter the residence with their protective gear wherein they located a female lying on the floor in the living room. The female, later identified as the homeowner, Rita Hernandez, was pulled from the residence but succumbed to those injuries sustained during the fire. Also perishing in the fire were two birds and a cat. 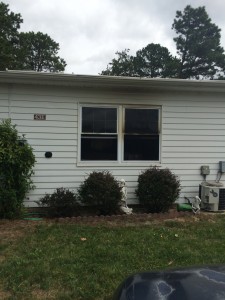 Surrounding residences were evacuated while the fire was extinguished by members of the Manchester, Ridgeway and Whiting Volunteer Fire Departments with the assistance of members of the Lakehurst Joint Base Fire Department. The cause of the fire is being investigated by Det. Adam Emmons of the Manchester Township Police Investigations Bureau, along with detectives from the Ocean County Prosecutor’s Office Arson Unit, the Ocean County Sheriff’s Office Crime Scene Investigations (CSI) Unit and the Ocean County Fire Marshall’s Office. The initial investigation indicates that the fire began in the vicinity of the kitchen.