At approximately 8:20 a.m. on Oct. 5, 2014, Whiting Volunteer Fire Department truck No. 3341 was responding to an alarm call at the St. Elizabeth Ann Seton Roman Catholic Church when it struck a parked car in the church’s parking lot. 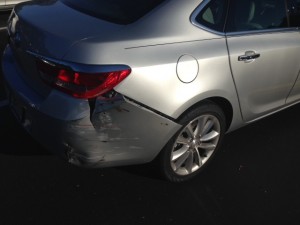 The parked car, a 2014 Buick Verano, was parked unoccupied at the time of the crash. The vehicle’s owner, William Martin of Whiting was notified of the crash after he exited church services. There were no injuries reported at the scene of the crash. 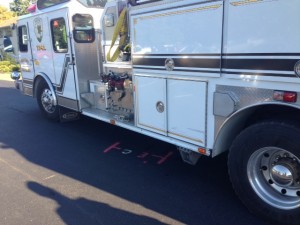 The fire truck sustained minor damages to its driver’s side, while the car sustained extensive damage to the passenger side rear. The crash is under investigation by Patrolman Paul Bachovchin of the Manchester Township Police
Traffic Safety Section.