At approximately 2:28 a.m. on Oct. 5, 2014, a Manchester Volunteer Fire Department ladder truck struck a parked vehicle while en route to a fully involved structure fire at the intersection of Reigate Lane and Newbury Row in the Leisure Knoll development. 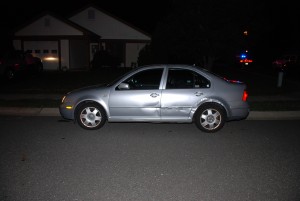 The parked vehicle, a 2000 Volkswagen Jetta, color silver, was registered to Robert S. Whitlock, who resides on Newbury Row. The vehicle had been moved away from the fire scene and was unoccupied at the time of the crash. 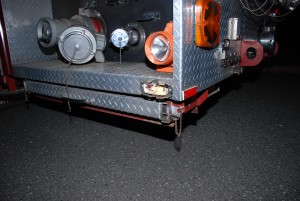 No injuries were reported at the scene and the ladder truck crew was not delayed in assisting with the fire scene as a result of the crash. This crash is under investigation by Patrolman Antonio Ellis of the Manchester Township Police Traffic Safety Section