Police are advising residents to take precautions should they encounter a black bear that may be living in or around Manchester Township. 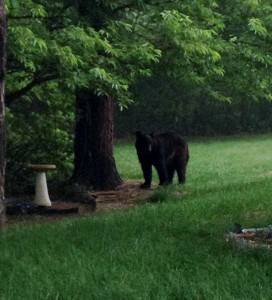 The bear, spotted in the township’s Roosevelt City section Wednesday morning, is not believed to have caused any significant disturbances. Manchester Township Police and the New Jersey Division of Fish and Wildlife responded and were able to move the bear into the boundaries of the Pasadena Wildlife Management Area, a tract of preserved land located in Ocean and Burlington counties.

By nature, black bears tend to be wary of people. Since it is possible the bear may wander back into residential areas, Manchester Township Police are advising residents to become familiar with the following bear safety tips published on the Division of Fish and Wildlife website (www.state.nj.us/dep/fgw/bearfacts_safetytips.htm):