Manchester Township Police continue their investigation into the disappearance of a township resident and U.S. Army veteran who went missing in 2007, conducting two searches in recent months which unfortunately yielded negative results. 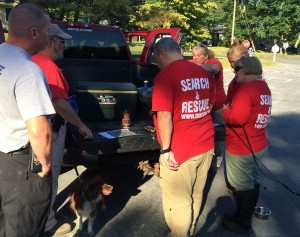 William Schmidbauer, who retired from a 20-year career in the military, went missing on Sept. 23, 2007. Left behind at his Cedar Glen West home were his medications, COPD inhaler, vehicle and keys, clothes, and money. Mr. Schmidbauer left no note before leaving home and investigators have found nothing suspicious about his disappearance. He was 64 years old when he went missing and is described as a Caucasian male about 6-foot-2 and 170 pounds, with graying brown hair and hazel eyes. He was said to have chain smoked and wore upper dentures.

Efforts to locate Mr. Schmidbauer in years past, which included aerial, canine, scuba and foot searches, were unsuccessful. Manchester Township Police Detectives continue to work the case and recently conducted two additional searches. The first, which occurred in May of this year, was prompted by a possible sighting of a man with a similar description to Mr. Schmidbauer near the wooded area of Cross Street in Lakewood. Joined by New Jersey Search and Rescue, Detectives Adam Guker, David Fusaro and Adam Emmons of the Manchester Township Police searched the area but were unsuccessful in locating Mr. Schmidbauer.

Then on Aug. 2, 2015, at the request of the Schmidbauer family, Manchester Detectives again were joined by members of New Jersey Search and Rescue as well as cadaver dogs to search the wooded area near Mr. Schmidbauer’s Cedar Glen West home. The search, which encompassed land located within the boundaries of Route 571, Route 547 and Mallard Street, also yielded negative results.

The investigation into Mr. Schmidbauer’s disappearance remains ongoing, and anyone with information is asked to contact Detective Guker at 732-657-2009, ext. 4210. Anonymous tips can be left by clicking the “Tip Line” link at www.manchesterpolicenj.com.