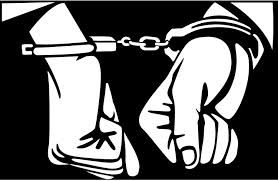 On February 28, 2014 at 3 pm Manchester Township Police received a complaint from a person who stated they were pulled over by an unmarked vehicle on State Highway 37 in Manchester Township and were suspicious of the person’s identity. The victim provided Officer Anthony Iliadis a description of both the vehicle and the suspect. Through Officer Iliadis’ investigation he identified Christopher Monaco, an 18 year old male of Wilbur Avenue in Manchester Township, as the person in question. Christopher Monaco was operating a black Chevy Cobalt and conducted a traffic stop utilizing a blue emergency light. Mr. Monaco conducted the traffic stop, requested identification of the driver and passengers, and questioned the multiple occupants of the vehicle. Mr. Monaco was not wearing any type of law enforcement uniform when he made the stop. He was dressed in plain clothes and produced no official identification. As a result of Officer Iliadis’ investigation Mr. Monaco was placed under arrest without incident at his residence and charged with Impersonating a Law Enforcement Officer, Disorderly Conduct, Harassment, and several motor vehicle summonses. Monaco was released on summonses and his vehicle was seized. This matter is pending court action.

Residents are reminded that if a law enforcement officer conducts a motor vehicle stop in an unmarked vehicle, the officer should be in a recognizable law enforcement uniform, or at a minimum produce official law enforcement identification at the time of the interaction.