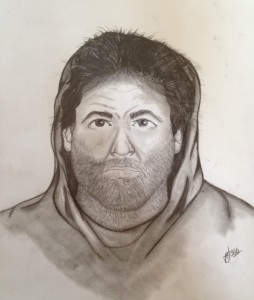 On 07/11/13 at approximately 2256 hours, Manchester Township Police received a report of a possible carjacking that occurred on County Road 571 at the intersection of Renaissance Blvd . The victim, a 7 month pregnant, 23 year old female of Toms River had been stopped at the traffic light on Renaissance Blvd., when a male opened her driver side door and attacked her.  The suspect grabbed the victim and attempted to pull her from the vehicle. The victim was able to fight off the attacker before driving away. As a result of the incident, the victim sustained injuries to her neck and knuckles.  The victim described the assailant as a while male, unshaven, with a tattoo.  The victim was taken to Community Medical Center for treatment and was later released.

During the search of the area for the suspect, Manchester Police dispatch received a call of a suspicious person in the area of the 3000 block of Wilbur Avenue.  The caller reported that their residential motion light turned on and the alarm to their car began to sound. The caller stated as he went out to investigate he observed a male running South on Wilbur Avenue.  The caller was unable to provide a description of the subject and a search of the area yielded negative results.

The victim was later interviewed by Detective Christopher Hemhauser at Manchester Police Headquarters and a composite sketch of the suspect was completed by Manchester composite sketch artist, Patrolman Michael Lynch.  Assisting in the investigation were members of the Ocean County Sheriff’s Department Criminalistics Unit who processed the scene for evidence.