At approximately 4:40 p.m. on Sept. 14, Doug Williams, 50, of the Pine Lake Park section of Manchester, was riding his bicycle on Commonwealth Boulevard when he was struck by a 2003 GMC Sonoma pickup truck. 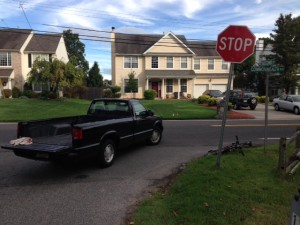 The truck, operated by Jeremias Zapata, 23, of Toms River, was attempting to turn from Second Street on to Commonwealth Boulevard at the time of the crash.

Mr. Williams, who was not wearing a helmet at the time of the crash, sustained a head injury and was transported to Jersey Shore Medical Center by the Manchester First Aid squad, with assistance from MON-OC Paramedics. Mr. Zapata did not sustain any injuries as a result of the crash.

The crash is under investigation by Patrolman Paul Bachovchin of the Traffic Safety Section.