On Tuesday, May 16, 2017, at approximately 7:18 p.m., members of the Manchester Township Police Department responded to a residence located on the 1300 block of New Brunswick Avenue, located in the Whiting section for a report of a small explosion and structure fire. 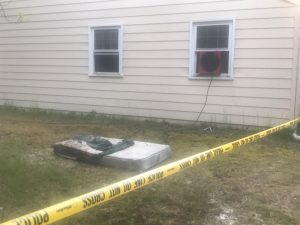 Prior to arrival, responding units were advised that there were two individuals inside the residence, and that they had made their way safely outside.  Upon arrival, Ptl. Matthew Juralewicz learned that a 21 year old male had been the victim of an explosion involving a vape cigarette. The 21 year old resident suffered burns to his eyes/face and a laceration to his nose. After the explosion occurred, the liquid product of the vape fell to the floor and ignited a fire. The bedroom/ hallway sustained heat and smoke damage. 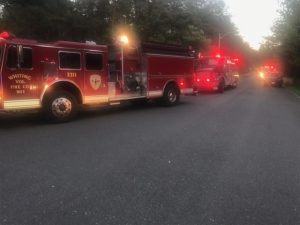