Woman Struck By Her Own Vehicle

Woman Struck By Her Own Vehicle

On Wednesday April 4, 2018, at approximately 12:02 pm, officers from the Manchester Township Police Department responded to the Shop Rite parking lot, located in Manchester Plaza on Route 70 for the report of a motor vehicle crash involving a struck pedestrian. 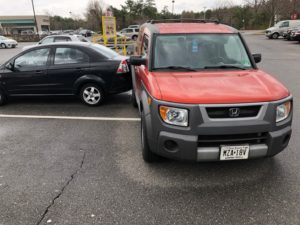 Upon arrival, officers located a female with injuries to both legs, in the parking lot of the shopping center. The female was allegedly run over by her own vehicle. The initial investigation revealed that the female had stopped her 2005 Honda Element in the parking lot as she prepared to turn into a vacant parking spot. While waiting to turn, her vehicle was suddenly struck by an unidentified white vehicle on its passenger side. The white vehicle was backing out of a parking space and apparently did not see the victim’s vehicle. Although the collision was very minor, the operator of the Honda, 80-year-old, Katherine Chaplin, of Manchester stepped out of her vehicle to inspect the damage and speak with the driver of the other vehicle. Upon doing so, Chaplin, who reportedly believed that she had put the vehicle in park, was struck by the vehicle as it began to roll backwards. It was determined that instead of putting the vehicle in park, Chaplin inadvertently put it in reverse. As Chaplin stepped from the vehicle, the backwards rolling motion caused her to lose her balance and fall to the ground. Consequently, the vehicle’s front driver side tire rolled over both of her legs. After doing so, it continued in reverse until it struck a 2007 Chevrolet Aveo, which was parked and unoccupied. The unknown white vehicle which caused the initial crash fled the scene after striking Chaplin’s vehicle and has yet to be identified. Chaplin was transported by Quality Medical Transport to Ocean Medical Center in Brick Township with moderate injuries to both legs. Her injuries do not appear to be life threatening.

The crash, determined to be a hit and run, is currently under investigation by Ptl. Michael Anderson of the department’s Traffic Safety Unit. Anyone having information as to the identity of the driver of the white vehicle which fled the area is encouraged to contact Ptl. Anderson directly at 732-657-6111 ext. 6400.