On Saturday, October 13, 2018, at approximately 9:16 p.m., officers from the Manchester Township Police Department responded to the area of the Stop and Shop shopping plaza on Lacey Road in the Whiting section of the Township, to investigate a motor vehicle crash. The crash was alleged to have involved a vehicle which had collided with a parked car in the Stop and Shop parking lot before rapidly accelerating over the curb and median and driving across Route 530. 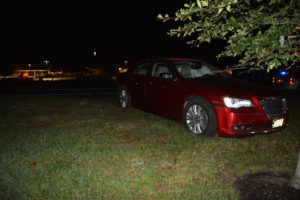 Upon arrival, officers observed a red, 2013, Chrysler 300 with both front and rear end damage in a grassy area across the street from the Stop and Shop shopping plaza. The driver of the Chrysler had already been removed from the vehicle and was lying on the ground near the driver’s door.  The driver, later identified as 67-year-old, Thomas Massa, of Whiting was unconscious and not breathing. Officers and first aiders immediately began administering first aid and CPR and Massa was subsequently transported to Community Medical Center in Toms River where he was pronounced dead. 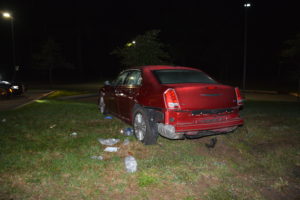 The subsequent investigation revealed that Massa had exited the Stop and Shop and got into his vehicle. After doing so, he backed out of his parking spot, placed his vehicle into drive, and rapidly accelerated through the parking lot. In doing, Massa struck an unoccupied 2009, Kia Sorrento which was parked in the lot. Massa then proceeded northbound through the parking lot, travelling over the curbed median and grassy area in front of 400 Lacey Road. Massa then crossed over County Route 530 and came to rest on the grassy area in front of 401 Lacey Road.  Witnesses who observed the collision pulled Mr. Massa out of the vehicle after the crash occurred.  The investigation revealed that Mr. Massa was not wearing his seatbelt at the time of the crash and his side curtain air bags deployed during the collision. There were no significant injuries observed on Mr. Massa after the crash and at this time it is believed that a medical event was a contributing factor in the crash and the subsequent death of the driver.

Assisting at the scene were EMTs from Quality Medical Transport, paramedics from MONOC Paramedics as well as investigators from the Ocean County Sheriff’s Office Crime Scene Investigation (CSI) Unit. This crash is being investigated by Patrolman Michael O’Hara and Patrolman Michael Anderson of the department’s Traffic Safety Unit.