On Tuesday, June 6, 2017, at approximately 8:50 p.m. officers from the Manchester Township Police Department responded to the area of Commonwealth Boulevard  and Bismark Street, for a report of a motor vehicle crash involving a minivan and bicycle. 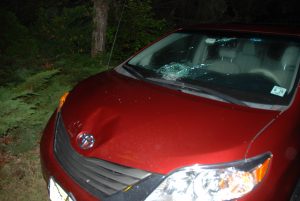 Upon arrival, officers learned that a 2014 Toyota Sienna, operated by 61-year-old, Douglas J. Moore, of Manchester struck a Trek road bike which was being operated by 45-year-old, Christopher M. Kenny, also of Manchester. Additionally, they learned that 40-year-old, Nathaniel E. Rodgers, of Lakehurst, was riding on the handle bars at the time of the crash. The collision occurred in the center of the east bound lane on Commonwealth Boulevard near Bismark Street. 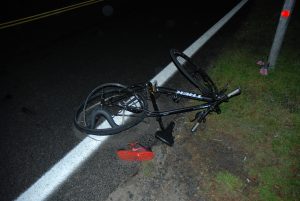 The initial investigation revealed that Moore impacted the bicycle on the back tire which caused both Kenny and Rodgers to be thrown from it. Kenny suffered lacerations to the back of his head and left calf while Rodgers reported discomfort, including a headache and dizziness as well as pain in his right arm. Neither Kenny nor Rogers were wearing any safety gear at the time of the crash. Both were transported to Community Medical Center for evaluation and treatment of their injuries.  Mr. Moore was not injured during the collision.

Assisting at the scene were Manchester Township Police Patrol Bureau and EMT’s from Manchester First Aid and Quality Medical Transport.

This crash is under investigation by Cpl. Douglas Higgins of the Manchester Township Police Traffic Safety Section with the assistance of Ptl. Vincent DeRome.