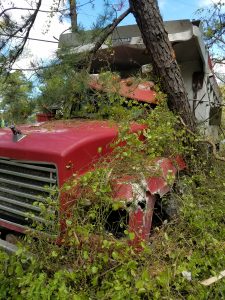 On Monday, May 15, 2017, at approximately 8:27 a.m., members of the Manchester Township Police Department responded to Route 539 in the Whiting section of the Township to investigate a motor vehicle crash involving two commercial vehicles.  Upon arrival, officers observed a red, 2001, Mack tri-axle dump truck facing south in the woods, wedged under several trees along the northbound portion of the roadway. Additionally, a yellow, 2013, Freightliner box truck was also located along the northbound shoulder of the roadway with damage to its driver’s side. 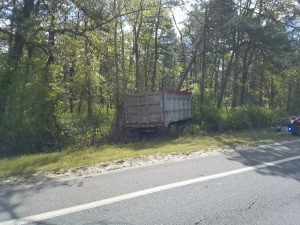 Assisting at the scene were members of the Whiting Volunteer First Aid Squad.  This crash is being investigated by Patrolman Ian Bole of the Manchester Township Police Department’s Traffic Safety Unit.